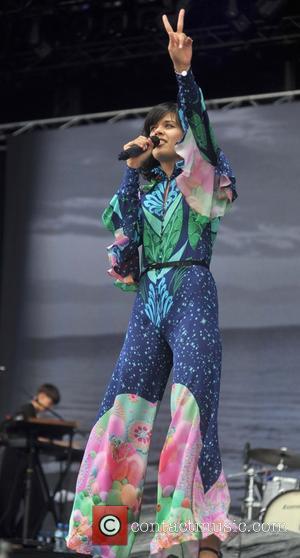 Bat For Lashes star Natasha Khan called Radiohead frontman Thom Yorke when her hectic work schedule and mounting personal problems left her on the verge of a meltdown.

The singer was seriously fatigued and suffering from writer's block when she was first attempting to record her 2012 album The Haunted Man, and she admits a personal crisis left her on the brink of quitting.

She called Yorke for help after previously growing close to the singer on a tour with Radiohead, and he told her to take a break to clear her head, according to Britain's The Times.

Khan tells the publication, "I'd been touring and living this very different lifestyle for a while. In my personal life I'd had this really... bad news... and suddenly I was on my own, thinking, 'I want to make this record, but I don't know how to do it'."

The star goes on to insist taking a break from work to indulge in "quietude and reflection" did her good.

She adds, "In my relationships with my family, with lovers, whatever, there were fewer swings and extremes."