Batman's Robin Will Be A Girl In New Animated Movies 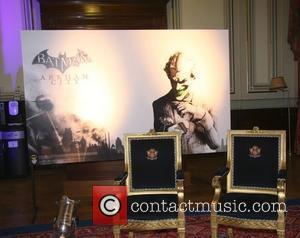 Batman's sidekick Robin is set for a sex change in two new animated movies - the crimefighting character will be voiced by a girl.
Modern Family star Ariel Winter will join Robocop star Peter Weller, Wade Williams and Michael MCKean, who is currently recovering from a car accident in a New York hospital, in the studio for Batman: The Dark Knight Returns.
The Warners Bros. and DC Comics collaboration, an adaptation of Frank Miller's popular 1986 graphic novel series, will be released as two movies on Dvd later this year (12).
Weller will take on the lead role of Batman/Bruce Wayne, while Winter will play Carrie Kelly, the brand new Robin.
MCKean will voice Dr. Wolper and Prison Break's Williams will double up as Harvey Dent/Two-Face, according to The Hollywood Reporter.