The Beach Boys will release an album containing Brand New songs on June 5. 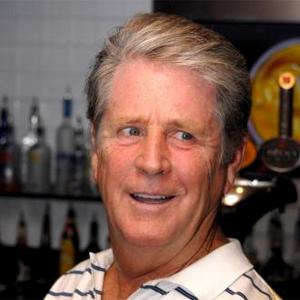 The Beach Boys will release a new album on June 5.

The legendary group will go on a world tour this year with founding members Brian Wilson, Mike Love and Al Jardine, and Bruce Johnson - who replaced Glen Campbell in the band in 1965 - revealed plans for a record featuring all new material, mainly written by Brian.

He told Billboard.com: ''It's all Brand New. There's a lot of what you'd hope to hear from Brian on there.

''There's a lot of Brian in there, and Mike. It's just nice to know there is a Mike Love and a Brian Wilson still around to write together.''

Bruce admitted the reunion - which will also feature David Marks - has surprised him as he never thought it would happen.

He said: ''It was not even my greatest fantasy that this would happen because I thought it would redefine the word 'impossible'.

''Nobody was enemies. Everyone had fake judo fights over the years, but no one got hurt.

''I think it's going to be one special tour. It's with Al and Dave and Brian, so it makes it really kind of special. But Brian's not a touring guy; he would never tour as much as we do.

''I happen to love it. So does Mike. But it would probably be too much stress on Brian, I think. But this tour will be fun for him, I think, and for the rest of us.''