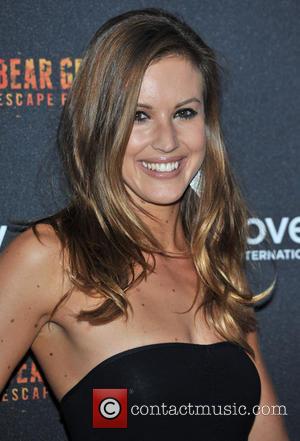 The Island With Bear Grylls features 13 men who have been left in a remote location in the Pacific and forced to forgo the luxuries of modern life by surviving for a month with just a few basic tools.

However, after the show debuted last week (ends11May14), reports suggested four of the group were actually Tv workers with years of experience dealing with survival situations. Two of them had also worked with Grylls before.

Bosses at Britain's Channel 4 network have now defended the show, insisting they did not try to cover up the fact that several members of the cast are professionals.

They say in a statement to Britain's Daily Mirror newspaper, "It clearly states in the programme voiceover that trained crew are part of the experiment, living under exactly the same conditions as the other men. Like all of the men on the Island, their professions are captioned on screen and their backgrounds are discussed. Biographies are also on the Channel 4 website."

Tv bosses also admit to adding extra crocodiles to a pond to give castmembers a challenge, adding, "We had to ensure the island's only water supply, a muddy pool, would last through filming in the dry season and that there was enough native animals and native ­vegetation that could sustain the men for 28 days - as long as they had the ingenuity to find it, catch it and kill it."