Review of The Mix-Up Album by Beastie Boys 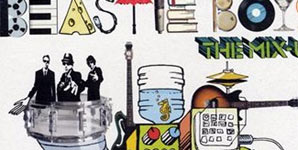 The follow up to 2004's 'To The 5 Boroughs' The Mix-Up sees the New York based hip-hop outfit venture into new territory with a purely instrumental album.

Despite the funky basslines & cute organ/synth work which result in some solid backing tracks, The Mix-Up barely displays a hint of anything fresh sounding or distinctively enjoyable. Don't get me wrong, the 'cool' foundations are there, but often you find yourself desperately wishing for the inclusion of some vocals to really take things up a notch, but it just never happens. In a nutshell.it's an album which fuels disappointment.

You could compare The Mix-Up to the idea of attempting to fly a plane with no wings, because it was never ever going to get off the ground. For a renowned rap/hip-hop collective to release an album without lyrical content there was only ever going to be one outcome. Ultimately (and rather sadly), you can only sit there wondering what might have been & questioning why the Beastie Boys actually bothered in the first place.