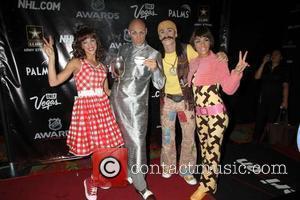 Beatles fans will soon be able to get their hands on a piece of the famous stage which helped the musicians launch their career.
A wooden segment from the platform at Liverpool's famous Cavern Club, where the Fab Four was first spotted by Brian Epstein in 1961, will go under the hammer later this year (10).
The piece of memorabilia is part of a stock of "Beatleboard" cut from the stage when a new platform was built at the venue after the band shot to fame.