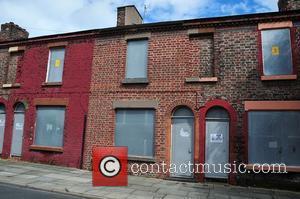 A toilet which once belonged to late Beatles legend John Lennon has sold for over $14,000 (£9,300) at an auction on Saturday (28Aug10).
The blue and white porcelain bowl was once installed at Tittenhurst Park, Lennon's luxury mansion in Berkshire, England, where he lived until moving to New York with Yoko Ono in 1971.
Organisers at the auction in Liverpool, England were stunned by the high price of $14,740 (£9,820) paid by the unnamed lucky winner - because the item was only expected to fetch up to $1,500 (£1,000).
Anne-Marie Trace, who works at the Beatles Shop which organised the sale, tells Reuters, "I think it's the most unusual item we've ever had in our auction."
Other lots that went under the hammer included a mono copy of Lennon and Ono's Two Virgins album and a black-and-white photo of Sir Paul MCCartney outside his home in Liverpool when he was aged 21.