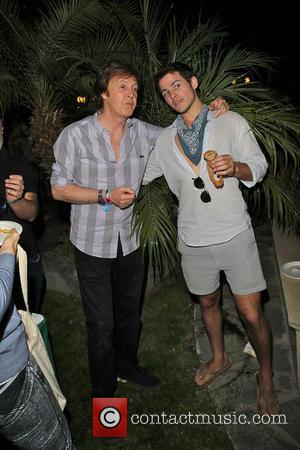 Beatles star Sir Paul McCartney has thrown his weight behind Tony Bennett's campaign to tighten gun laws in the U.S.

The veteran musician, whose Beatles bandmate John Lennon was shot dead in New York in 1980, is backing Bennett's Voices Against Violence scheme, which is encouraging Americans to push for new legislation on weapons ownership.

MCCartney is urging supporters to continue lobbying politicians for change, despite a gun-control proposal losing a Congress vote on Wednesday (17Apr13), and has recorded a telephone message which will be played to everyone taking part in the campaign before they are put through to the office of a politician.

In the message, he says, "Hi, this is Paul MCCartney, and in a minute you will be connected to a congressperson who needs to hear your voice, now. Tell the congressperson that you support common-sense laws that keep guns out of the hands of the wrong people, including criminal background checks on all gun sales."

A number of stars, including Lennon's widow Yoko Ono, have backed calls to change gun restrictions in the U.S. in the aftermath of the Connecticut school shooting in December (12), when 20 young children and six adults were gunned down.

Anti-gun campaigners have vowed to continue their fight despite members of Congress blocking a key Senate amendment on Wednesday (17Apr13), which torpedoed moves to expand background checks for gun purchases.