Posted in Press Releases on 19 November 2012 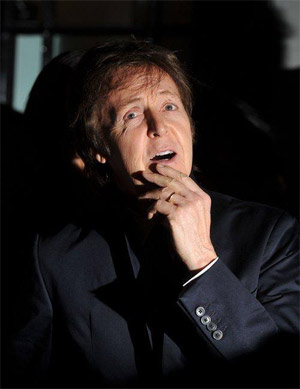 It will park up at Abbey Road Studios that evening from 6.30pm in time for the ultimate listening party: The Beatles Uncovered. Beatles fans and MOJO readers are combining to offer, through social and digital media, their favourite "deep cuts". The rule is: if it's on the "Blue" or "Red" albums it's not coming in!

Fans who come to http://www.mojo4music.com/blog/ and vote for their favourite deep cut will go into a draw to win a Beatles Stereo Remasters Vinyl Box Set or tickets to next Wednesday evening's exclusive Abbey Road event.

This event - organised by EMI in collaboration with MOJO - is not only a chance for guests to hear the stereo vinyl remasters in full, with an introduction by mastering engineer Sean Magee, but will also feature a panel discussion debating which tracks helped define The Beatles as the best band of the last 50 years, whittling down their catalogue down to a single album of Beatle Nuggets, which will be available to experience virtually at http://beatles.com/vinyl/.

Manufactured on 180-gram, audiophile quality vinyl with replicated artwork, The Beatles stereo vinyl remasters sees the 14 albums return to their original glory with details including the poster in The Beatles (The White Album), the Sgt. Pepper's Lonely Heart Club Band's cutouts, and special inner bags for some of the titles.  The 252-page hardbound book, exclusive to the boxed edition, is authored by award-winning radio producer Kevin Howlett and features a dedicated chapter for each of the albums, as well as insight into the creation of the remasters and how the vinyl albums were prepared.  The 12"x12" book showcases a wealth of photographs spanning The Beatles' recording career, including many images which were not included in the 2009 CD booklets.

The titles include The Beatles' 12 original UK albums, first released between 1963 and 1970, the US-originated Magical Mystery Tour, now part of the group's core catalogue, and Past Masters, Volumes One & Two, featuring non-album A-sides and B-sides, EP tracks and rarities. With this release, The Beatles' first four albums make their North American stereo vinyl debuts.  In 2013, the remastered albums will make their mono vinyl debuts.

In September, 2009, The Beatles' remastered albums on CD graced charts around the world. Seventeen million album sales within seven months was resounding evidence of the timeless relevance of their legacy. In 2010, the albums debuted digitally, exclusively on iTunes.  Through five decades, in every format, the music of The Beatles has captivated generation upon generation.

For producer Rick Rubin, surveying The Beatles' recorded achievements is akin to witnessing a miracle. "If we look at it by today's standards, whoever the most popular bands in the world are, they will typically put out an album every four years," Rubin said in a 2009 radio series interview. "So, let's say two albums as an eight year cycle. And think of the growth or change between those two albums. The idea that The Beatles made thirteen albums in seven years and went through that arc of change...it can't be done. Truthfully, I think of it as proof of God, because it's beyond man's ability."