Teen Pop Star Austin Mahone Has Sparked Rumours He Is Dating Fellow Singer Becky G After They Were Pictured Kissing At An Airport In Florida. 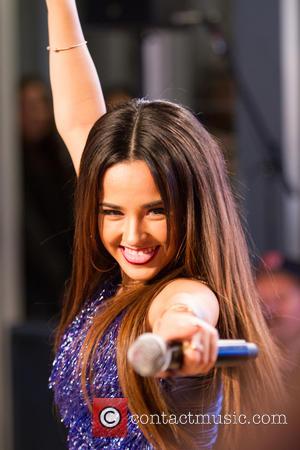 The stars appeared to confirm their romance on Tuesday (07Apr15) when Mahone, 19, was photographed smooching the brunette beauty as he dropped her off at an airport in Miami.

Mahone and Becky, real name Rebbeca Gomez, recently worked together on a track for her upcoming debut album.