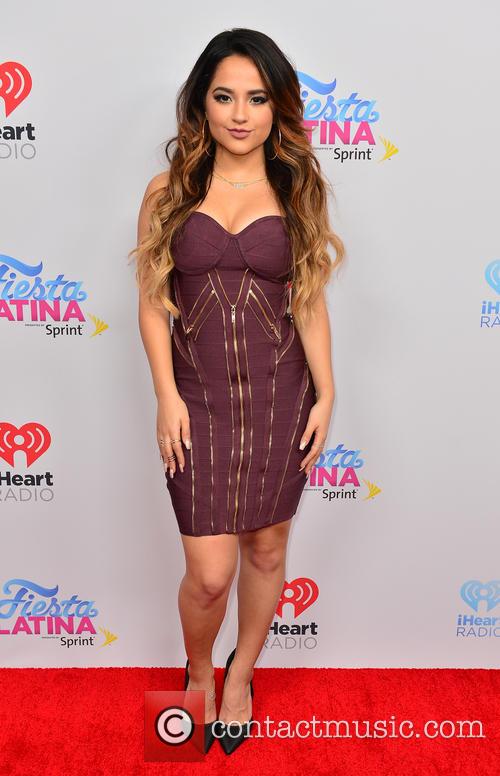 The Empire star performed at the iHeartRadio Move with the Music show last week (ends22Apr15) and during her concert she reportedly revealed the romance to the crowd. Following the show, the 19-year-old posted a picture of herself wearing a custom jersey sporting Sebastian's LA Galaxy number 17 while she walked backstage with a mystery man's arm around her waist.

Becky G did not caption the photo, but Sebastian also shared the picture on his Instagram.com page, writing, "New signing @iambeckyg".

It is unclear how long the pair has reportedly been dating, but Becky G posted a video of Sebastian dancing in a club earlier this month (Apr16).

She previously dated pop star Austin Mahone, but they parted ways last year (15). After the split, the singer/actress blamed "bad timing" for the breakup.

"I was with someone who was really amazing and inspiring, and everything was right about us except the timing," she told Seventeen magazine. "We had so many dreams and aspirations before we started dating and you can't forget those."

The Shower singer added that the break-up "sucked really bad (sic)," but insisted "there's no bad blood" between them.

"It was really hard because we were very open about how happy we were," she continued. "It was only fair for me to set the story straight after we broke up."