Singer/actress Becky G Is Suiting Up To Make Her Hollywood Movie Debut In The New Power Rangers Franchise Reboot. 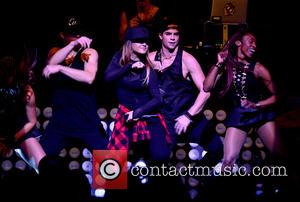 The teen star, who features in the second season of U.S. hip-hop drama series Empire, will play the Yellow Ranger in the planned action film.

"It's morphin (sic) time! @iambeckyg is suiting up as the #YellowRanger in the #PowerRangers Movie!" a representative for Lionsgate studios and toymaker Saban Brands announced on Twitter.com on Friday (30Oct15).

"My favorite color is yellow," Becky G tweets. "It's like it was meant to be."

Dean Israelite will direct the project, about a group of high school kids who gain superpowers and use them to fight crime.

X-Men: First Class and Thor screenwriters Ashley Miller and Zack Stentz will pen the film, which is scheduled for release in 2017.

The Power Rangers characters made their TV debut in 1993 and featured in a big screen project, Mighty Morphin Power Rangers: The Movie, in 1995. There have been multiple casts over the years, but the original series featured actors Amy Jo Johnson, David Yost and Walter Jones.