By Dom Gourlay in Music Reviews on 11 September 2013

Q: What do you get if you leave 55,000 people on the Isle Of Wight for four days in September?

A: Possibly the messiest weekend of excess on the UK's summer festival calendar.

Having become the official closing party to the summer's festivities that started back in May at Brighton's Great Escape, Rob De Bank's Bestival shindig has developed a life of its own in recent years. Growing to over five times the size of its inaugural 2004 event, Bestival can boast at being one of the few music festivals where the line-up is often secondary in the eyes of many revellers. Described as a "boutique Glastonbury" by some, it's become one of the most prominent names on the calendar, which is testament to its creator and his team of organisers in building and maintaining such a prestigious gathering.

When you manage to pip the likes of 5ive and Steps to the much-coveted title of 'Best Newcomer' at the 1999 BRIT Awards you are pretty much set for a successful and lasting career. Now fifteen years old, Glaswegians Belle And Sebastian present the second volume of the Late Night Tales compilation series in which a particular artist picks their favourite tracks worth staying up for. Everyone from the Arctic Monkeys, Four Tet and the Flaming Lips has produced a compilation, an ordeal that evidently was so fun that Belle and Sebastian just had to make another. 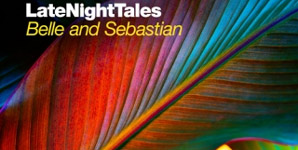 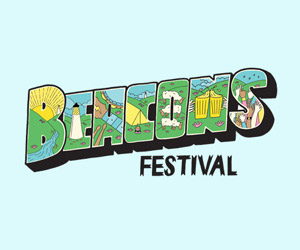 By Andrew Lockwood in Music Reviews on 16 December 2010

Prolific purveyors of finely captured real life pop, Belle & Sebastian, have little left to prove after 7 previous studio albums, various artistic off shoot activities and the nurturing of some unique talent along the way. 'Write About Love', their new 11 piece set, is unlikely to capture a vastly different or new audience and will inevitably satisfy those fans who have either been in since the beginning or been netted along the way. Whether that be through curiosity over voting irregularities for The Brits or because they liked that song in Juno is largely irrelevant as once drawn in to the world of bus shelters, chalets, waitresses, sex and gin there is a buy in and a belonging. If nothing else Belle & Sebastian should be awarded some sort of honorary degree from the British Retail Consortium for committing to verse some great British high street 'institutions'....Debenhams, M&S, Safeway, Clarks and even C&A have all been part of the Belle & Sebastian back catalogue.

One of the most engaging parts to the bands success and overall appeal has been their blackly comic, sometimes scathing, often bleakly realistic and biting lyrics. The appeal of B&S is akin to that of the band which Stuart Murdoch has cited as such a major influence and inspiration to his work; The Smiths. They both also give rise to very angular and blunt opinions from those who may be counted on to usually straddle any fence they are presented with. You do not find many who will proffer the 'Yeah they're Ok' phrase if asked. So will Write About Love live up to past glories, divide opinion or, further endorse the bands status as 'The Best Scottish Band Ever'?