Ben Affleck and Jennifer Garner have no plans to get back together despite being spotted looking happy and relaxed after attending a marriage counselling session together in Los Angeles. 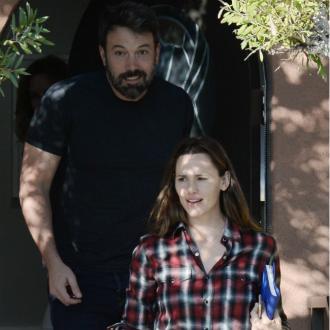 Ben Affleck and Jennifer Garner have no plans to get back together.

The former couple, who announced their split in late June after 10 years of marriage, were spotted looking happy and relaxed after attending a two-hour appointment, widely believed to have been a counselling session, together in Santa Monica on Thursday (03.09.15), but reportedly have no intention of rekindling their relationship.

A source close to the duo told gossip website TMZ.cm: ''The damage is already done. They're leading separate lives.''

The pair were photographed smiling before jumping into Ben's Dodge Challenger and driving away together.

The 'Gone Girl' actor, who has three children, Violet, nine, Seraphina, six, and three-year-old Samuel with the brunette beauty, recently moved out of their family property in Los Angeles, where he had been staying in the guest house, and is now living in a rental home in the Pacific Palisades.

But the Oscar winner, 43, and the 'Butter' actress, 43, are determined to keep their separation as civilised as possible, especially when it comes to decisions about their children.

Another insider previously said: ''[Garner's] priority is shielding the kids as much as possible. She just wants to move forward and make everything happy and normal. They are happy kids, with lots of love and positive experiences.''