Ben Affleck and Jennifer Garner still care about each other

Ben Affleck and Jennifer Garner still ''care about each other'' and want to ''continue to be a strong unit'' for their children despite their recent split. 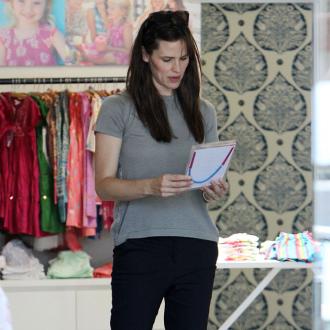 Ben Affleck and Jennifer Garner still ''care about each other.''

The former couple, who announced their split in June after 10 years of marriage, attended a joint counselling session in Santa Monica on Thursday (03.09.15) because they want to ''continue to be a strong unit'' for their children, Violet, nine, Seraphina, six, and three-year-old Samuel.

A source close to the duo said: ''They are working with a professional because there are emotions involved and they want to make this transition as easy as possible for their family.''

Another insider told PEOPLE.com: ''It's not just for the kids - it's also for them. They care about each other.''

The Oscar winner, 43, and the 'Dallas Buyers Club' actress, 43, who previously visited their therapist weekly before announcing their separation, were spotted smiling after emerging from the two-hour session, sparking rumours they could be trying to reconcile.

But the source insists they are still moving forward with their plans to divorce, adding: ''There is no reconciliation.

''They are working together and are keeping it amicable. This is something they have been working on for over a year - and they continue to be strong unit.''

Jennifer is currently living at their family home in the Pacific Palisades with their children, even though it is being extensively renovated, and the 'Gone Girl' actor has rented a property down the street.