Ben Affleck bonds with his kids

Ben Affleck ''spent the whole weekend'' with his children after flying back to Los Angeles with them from their summer base in Atlanta. 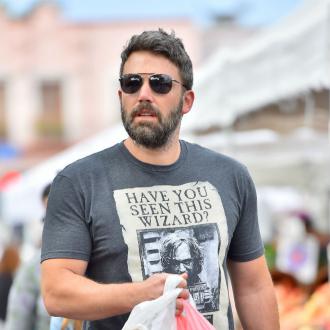 Ben Affleck ''spent the whole weekend'' with his children.

The 'Gone Girl' star, who announced his split from Jennifer Garner last month after 10 years of marriage, enjoyed some quality time with their two daughters, Violet, nine, and Seraphina, six, and three-year-old son Samuel after flying them back home to Los Angeles from their summer base in Atlanta.

A source close to the 43-year-old actor said: ''Ben spent the whole weekend focused on the kids. They all seemed to have a fun weekend. Ben took them on several outings and looked happy.''

The Oscar winner took his children to Jo-Ann Fabric and Crafts in Santa Monica on Saturday (22.08.15), where they bought ''We Made It'' kits from Jennifer's craft line.

They also visited their local farmers' market yesterday (23.08.15), and looked happy as they picked out vegetables, fruit and lemonade together.

The insider said: ''The kids were all high energy and seemed to enjoy the outing. They were almost fighting about who should hold Ben's hands. Ben was playing around with them and they were all laughing.''

The family spent much of the summer living in Atlanta, where Jennifer will shortly wrap up shooting her upcoming film 'Miracles from Heaven'.

The 43-year-old beauty and her estranged husband previously vowed to put their children first following their split.

In a joint statement announcing their divorce last month, they said: ''After much thought and careful consideration, we have made the difficult decision to divorce.

''We go forward with love and friendship for one another and a commitment to co-parenting our children whose privacy we ask to be respected during this difficult time.''