The 41 year-old has been deemed an "advantaged player" and was allegedly kicked out of Hard Rock Casino after security caught him counting cards. 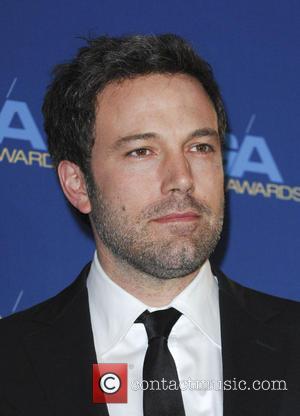 Ben Affleck is currently under investigation!

The 41 year-old actor has been accused of counting cards in a Las Vegas casino.

TMZ reports, Affleck was kicked out of Hard Rock Casino on Tuesday after security reportedly caught him counting cards.

The Hollywood star was involved in a game of blackjack at a high rollers' table when a team of security informed him that he has been branded an "advantaged player."

Affleck is now banned for life from playing the game at that casino, according to the gossip site.

RadarOnline reports, the 'Argo' actor was booted out of Hard Rock just after 10 p.m. "due to moving his money with the count," according to an alert from a local security firm.

An all-points bulletin has been issued to Las Vegas' biggest casinos informing them of that Affleck is "currently suspected of advantage play."

He was allegedly using "perfect basic," which is a term for introductory card counting, "but also takes insurance according to the count. Uses black $100 cheques to keep track of the count while playing."

"He has been observed playing blackjack at multiple Las Vegas Strip properties, and is suspected of moving his wagers with the count," the bulletin notes. "He was reportedly backed off at one off-Strip casino."

This isn't the first time Affleck has ran into some gambling trouble, the 'Good Will Hunting' actor famously lost $400,000 to the Hollywood mogul Ron Meyer in one game, back in 2011.

However, Affleck does also win occasionally as well.

He reportedly acquired $800,000 in blackjack winnings at the Hard Rock casino by reportedly playing three $20,000 blackjack hands at once, back in 2001.