Ben Affleck And Jennifer Garner Will Reportedly Tackle Their Divorce While Living Together In Actress Brooke Shields' Former Home. 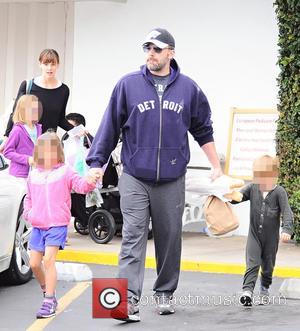 Sources claim the former couple has rented Shields' pad in Pacific Palisades, California and will live there while its marital home is being renovated.

Affleck and his wife announced they had split last month (Jun15) and confirmed reports they are heading for divorce after 10 years of marriage.

Reports suggest the couple's former home is being revamped so Affleck and Garner can live separately under the same roof.

Shields and her husband Chris Henchy are renting out their former home nearby as they attempt to sell the five-bedroom property.

Affleck and Garner are determined to keep their divorce as amicable as possible - the couple recently enjoyed a vacation with its three daughters in the Bahamas, and the Oscar winner spent time with his estranged wife and kids in Atlanta, Georgia, while Garner films Miracles From Heaven.