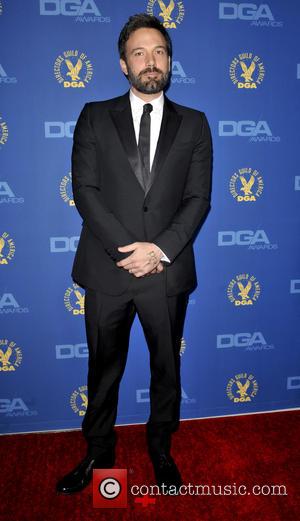 The awards just keep on coming for Ben Affleck and his CIA drama Argo, as the actor/director/producer/writer and all-round Renaissance man picked up the award for Best Director at the Director's Guild of America Awards last night.

This makes six awards given to Affleck for directing alone, including a Golden Globe, and the DGA one might not even be his last. The latest award also seems to suggest even more strongly that Affleck will pick up the Best Picture Oscar at the end of the month alongside his fellow producers George Clooney and Grant Heslov, but something tells us that after his latest success Affleck might still be ruing his snub from the director category.

During his acceptance speech, Affleck admitted that he may still have some way to go before he can call himself a director, with Argo being only his third film behind the lens (after the critically acclaimed Gone Baby Gone and The Town) he said, "I don't think that this makes me a real director, but I think it means I'm on my way." Backstage he addressed the Oscar snub too, modestly saying, "you're not entitled to anything."

With the Oscars fast approaching it is Lincoln, with a massive 12 nominations, that looks like the Oscar front-runner, with Les Miserables and Zero Dark Thirty also challenging. As for the rest of the Directors Guild Awards, Searching for Sugar Man won the Best Documentary award, whilst Jay Roach won the guild trophy for TV movies and mini-series for the 2008-election campaign drama Game Change. Girls star Lena Dunham also picked up yet another award with the guild honour for TV comedy, while Rian Johnson won for drama series for Breaking Bad.