Box Office Round Up: Argo Takes The Top Spot After Sluggish Weekend 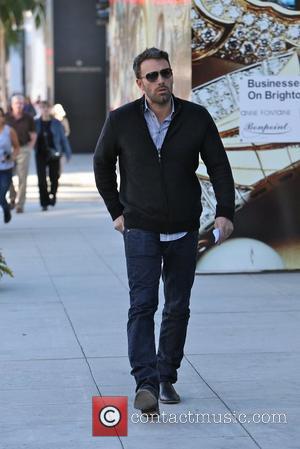 There was another new face atop the Box Office charts at the end of this weekend (26-28 October), with Ben Affleck’s newest project, Argo, taking the top spot on it’s third week in the chart.

Argo made the leap from second to first;after an impressive weekend saw it take $12,355,000, estimates report, taking its overall domestic earnings to just over $60 million. Meanwhile, last weeks number one, Paranormal Activity 4, slid right down to number four as audiences decided they would prefer political thrills to supernatural frights over Halloween weekend. Hotel Transylvania and Taken 2 were the other non-debutants in the top five, with newbie Cloud Atlas taking third spot in the Box Office with a rather meagre $9,400,000.

Three other debutants marked a strangely slow start to their Box Office careers, with Silent Hill: Revelation 3D, Fun Size and Chasing Mavericks all collectively taking only slightly more than Argo pulled in by itself. Silent Hill, which tied with Taken 2 for the fifth spot on the movie chart, pulled a reasonable $8 million, whilst the high school comedy Fun Size took a little over £4 million and Gerard Butler’s surfing movie Chasing Mavericks took a scanty $2.2 million.

In the meantime, on the other side of the Atlantic, James Bond’s latest adventure in Skyfall predictably made its presence known over the weekend, taking in around $77.7 million in overseas markets. Bond’s 23rd outing won't be released in the US for another two weeks.