The Hollywood couple enjoyed an intimate meal at a French cuisine in Detroit, Michigan, this past Sunday (June 29th). 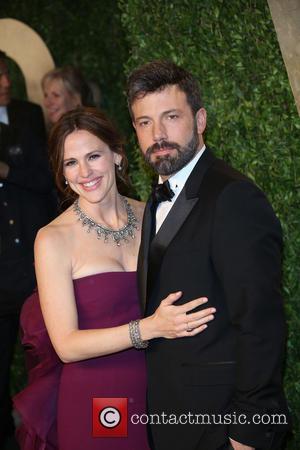 Ben Affleck and Jennifer Garner' marriage seems as strong as ever as they celebrated their 9-year anniversary.

Affleck is currently in Motown filming 'Batman vs. Superman: Dawn of Justice.'

"They were drinking red wine," an eye witness told Us Weekly.

"They looked relaxed," the source continued. "No one was really bothering them at all - they were really normal, they fit in."

Affleck and Garner first began dating in 2004 after meeting on the set of 'Daredevil,' around one year later they tied the knot in a private ceremony in the Caribbean. The Hollywood duo are parents to three children, daughters Violet, 8, and Seraphina, 5, and son Samuel, 2.

"Jen was wearing a black dress and Ben was in jeans with disheveled hair. They were walking slowly by and they seemed relaxed and in good spirits," another fellow diner told E!News.

"They were walking very closely together," the insider added. "As they were walking out, Ben took a cigarette out and put it in his mouth and they walked out of the restaurant and he stopped and lit the cigarette. They then walked out together and headed down the street."

The pair obviously had a romantic evening, and the recent claims made by Mark Ruffalo haven't seemed to have had an effect on them.

Ruffalo quickly responded no, before adding, "we had a great time together (while filming the movie), and I think we would, but then Ben came on the scene and that was the end of that."

The chat show's host, Andy Cohen, then jokingly chimed in by saying, "I heard he doesn't allow her to have male friends," to which Ruffalo shrugged and pleaded the fifth. "I made that part up," Cohen then added. Affleck and Garner tied the knot in 2005