Poverty Challenge For Ben Affleck As Argo Actor Pledges To Live On $1.50 Per Day 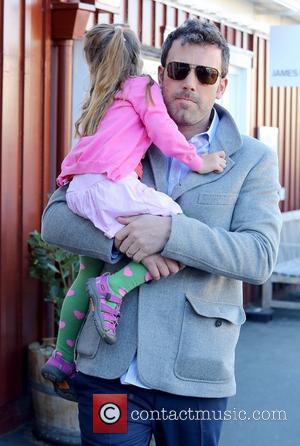 For five days next week, the Oscar-winning actor and director Ben Affleck will be living on $1.50 per day, in a bid to help raise awareness over global poverty issues. The Good Will Hunting star has signed up to the Live Below The Line appeal, which describes itself as a “a campaign that’s challenging the way people in the U.S. think about poverty — and making a huge difference,” Time magazine reports.

Affleck isn’t the only big name celebrity to take part in the challenge though; singer Josh Groban is taking part, as is the actress Sophia Bush and the celebrity chefs Debi Mazar and Gabriele Corcos. The World Bank has estimated that 1.4 billion people on the planet live below the extreme poverty line, which is estimated to be the equivalent of around $1.50 per day in the United States. Ben Affleck: about to take on the $1.50 per day poverty challenge

Last year, over 15,000 people took part in the challenge and rose around $3million in doing so. Josh Groban was one of them. He commented “Taking on this challenge last year was such a humbling experience for me, and I was so proud and heartened by my fans that joined me… I wanted to capture this in Below the Line, which was inspired by this experience. It’s amazing how much we take for granted not having to live in hunger, and I am honored to have been asked to help spread the word about this eye-opening campaign again this year." Josh Groban: you're allowed to look this smugwhen you've proved you can live on $1.50 a day