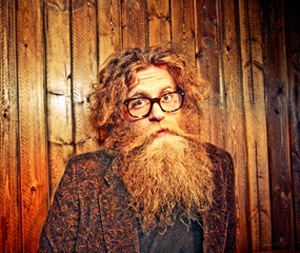 After 3 packed out shows at Glastonbury, a Canada Day Trafalgar Square gig and a sold out gig at Shepherds Bush Empire (supporting Zac Brown Band), we have further dates to announce on Ben Caplan's UK tour - details below and in press release (attached).

Ben Caplan is playing another London gig TONIGHT at Powers Bar, and his following London show will be on Tuesday July 9th, supporting Blondie in Kew Gardens - RSVP asap for guestlist.

Last year saw Ben Caplan make his big first impression on the UK with the release of his highly acclaimed debut album 'In the Time of The Great Remembering' as well as a sold out tour supportingKatzenjammer. He immediately caught the attention of the press and a delighted new fanbase - now filling out every show on his current tour.