The BBC are ringing the changes with their comedy programming

A slew of negative reviews and a rather embarrassing mauling on Twitter have lead The BBC to drop Ben Elton’s The Wright Way. The show, Elton's first BBC1 sitcom since Blessed in 2005, will not be returning for a second series, as is the case with Sue Perkins’s Heading Out. "He set out to write an old-fashioned mainstream comedy and he did exactly that," the BBC's controller of comedy commissioning Shane Allen told the Broadcasting Press Guild lunch on Tuesday, according to The Guardian. "Ben Elton was really bruised by the reception. He felt 'If people aren't loving this I am not going to put myself through it again'."Maybe 10, 15 years ago, you might have gone, 'what did people like about it, what are the characters that worked', but people are quite quick to judge and to crucify these days.”

BBC 2 also suffered a casualty, with the Sue Perkins sitcom, Heading Out being cancelled. It also suffered from some pretty negative reviews, and bowed out with less than a million viewers. The Wright Way followed Baselricky Council Officer Gerald Wright – a man who can only control his professional life while his personal life is falling apart behind him. It starred David Haig, Beattie Edmondson, Brenda Edwards, Joanne Matthews, Kacey Ainsworth and Luke Gell. "It didn't catch fire with the audience but it wasn't what you could call a flop, over the course of a week it had 3.5 million to 4 million viewers," Allen said of Elton’s failed sitcom. He added that he felt the show was a "good effort at trying to do something quite mainstream and slightly old-fashioned, but deliberately so.” The axe was expected to come down for some time, and it came after Charlotte Moore was appointed as the permanent replacement for Danny Cohen as Controller of BBC One. 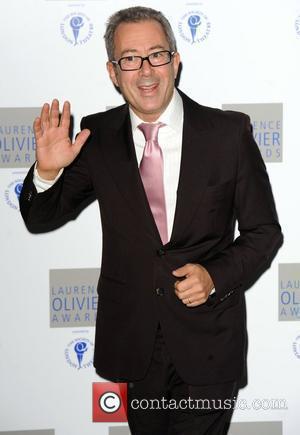