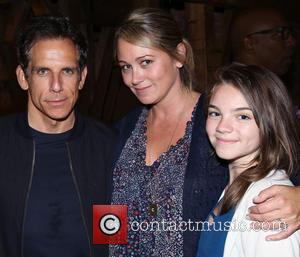 The actress passed away in May (15) at the age of 85, prompting an outpouring of grief from across the Hollywood community.

Ben joined his comedian father Jerry Stiller to host a memorial event in her honour at the Eugene O'Neill Theatre in New York on Monday (19Oct15), and it was attended by stars including Liam Neeson, Larry David and Bob Saget, who acted as host.

Bob reportedly stepped in at the last minute to replace actress Whoopi Goldberg, who had been due to host the event but pulled out after falling ill.

Actress Cynthia Nixon, who played Anne's onscreen daughter-in-law in hit TV show Sex and the City was also in attendance at the service.

During the memorial, Ben took to the stage to remember his mother, joking to the audience, "Ever since (Donald) Trump closed the 72nd Street ramp to the West Side Highway, the word she used the most was 'putz' (fool)."

Liam, who worked with Anne on 1992 Broadway production of Anna Christie, also addressed the congregation during the service, which included a performance by singer/songwriter Peter Yarrow who led the crowd in a rendition of Bob Dylan's Blowin' in the Wind, according to the New York Post.