Ben Stiller To Reunite With Jonah Hill On New Comedy

Ben Stiller and Jonah Hill are set to star in new comedy 'Aloha' after appearing together in 'The Watch'. 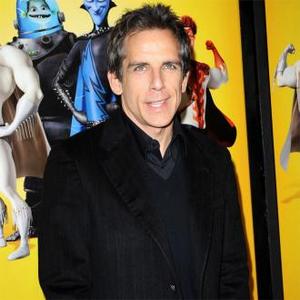 Ben Stiller and Jonah Hill are set to star in new comedy 'Aloha'.

The actors are currently appearing in 'The Watch' together - which tells the story of a neighborhood watch group that must defend Earth from an alien invasion - and they are now in talks to star to reunite on screen again in the Hawaii-set movie.

Jonah came up with the idea for 'Aloha' and it was developed by the pair and producer Shawn Levy on the set of 'The Watch'.

Screenwriter Nicholas Stoller - who directed Jonah in 'Forgetting Sarah Marshall' and 'Get Him to the Greek' - is in negotiations to pen The Script.

Ben and Jonah previously teamed up on 'Night of the Museum: Battle of Smithsonian' - which Shawn directed - in 2009 when the 28-year-old star made a cameo in the film, in which the 'Tropic Thunder' actor plays the lead character Larry Daley.

'21 Jump Street' actor Jonah recently joined the cast of Martin Scorsese's 'The Wolf of Wall Street', which stars Leonardo Dicaprio, and has just signed up for 'Django Unchained'.

Ben's next project will be starring in and directing fantasy-comedy movie 'The Secret Life of Walter Mitty', which is also set to star Sean Penn.