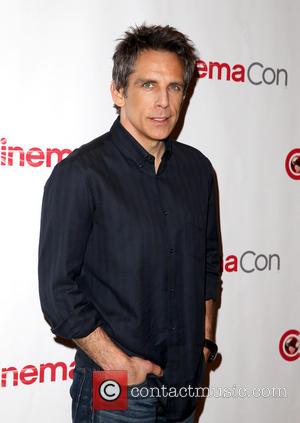 Ben Stiller stars in the highly-anticipated adaptation of James Thurber's 1939 short story The Secret of Life of Walter Mitty, with the first official trailer rolling out online on Tuesday.

Stiller stars as Mitty, the mild-mannered LIFE magazine employee who escapes the monotony of office life through his epic daydreams.

Stiller also directs the movie, which has been plagued by budget problems though is finally set for release this Christmas. From the trailer, this looks to be a genuinely ambitious piece of cinema and should be well worth a watch.

The clip also sees Adam Scott as an office bully, and Kristen Wiig as Mitty's love interest and co-worker. There's very little dialogue in the trailer, though it works perfectly with a soundtrack rom Icelandic indie band Of Monsters and Men.

In the final segment, Mitty appears to be plunged into a real adventure and requests a rental car from a clerk selling only two vehicles in the desert. "We have a red one and a blue one," the salesman tells him. "I'll take the red one," deadpans Mitty.

As mentioned, it's been a long-road for 20th Century Fox and Ben Stiller, who took up the project after Ron Howard and Steven Spielberg's planned adaptation starring Kevin Anderson fell through.

It's great to see Stiller tackling interesting movies such as this - he's always been good for subtle performances, see: Curb, The Trip, Greenberg. It's the kind of thing the Adam Sandler should be doing, or at least trying. One of the only performances that doesn't see him yelling for 1hr 30 minutes is Reign Over Me, and it's easily one of his best.

The Secret Life of Walter Mitty, also starring Sean Penn and Patton Oswalt, hits cinemas in the U.S. on Christmas Day 2013. It goes up against Kenneth Branagh's Jack Ryan and Keanu Reeves' 47 Ronin. Kristen Wiig [L] and Ben Stiller [R], The Stars of 'The Secret Life of Walter Mitty'