The 33 year-old actor will voice the beloved bear in the upcoming CGI/live-action flick, which is still scheduled to be released on Christmas Day. 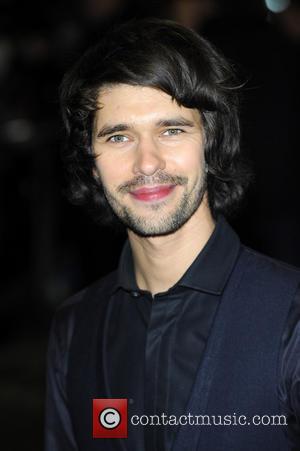 Ben Whishaw, who starred in James Bond's 'Skyfall,' has been cast as the new voice of 'Paddington.'

Confirmation came on Friday when StudioCanal, the film's producer, sent out a tweet that read, "Delighted to announce that Ben Whishaw will be the voice of Paddington."

When speaking with the Daily Mail, Whishaw revealed that he was initially hesitant to audition for the voice role.

"I resisted a little bit, because I had a bad experience doing this kind of work in the past and I thought I was no good at it. But I was persuaded to go, slightly grudgingly," he said.

Whishaw also noted that he had "no relationship to Paddington whatsoever, other than that I knew he wore a duffle coat and a hat."

The film's producer David Heyman also told the U.K. tabloid that "Colin was brilliant, but his voice was, ultimately, too mature," before explaining, "What we needed was a slightly more open, and younger, voice."

And when Whishaw eventually auditioned for the role, Heyman "slowly found [himself] hearing his voice when [he] was thinking about Paddington." Adding, "He breathes and he speaks and he sounds like Paddington, rather than the most beautiful chocolate-voiced man [Firth] on the planet."

The movie, which tells the tale of a bear from Peru who is found at Paddington station in London by the Brown family, currently stars Nicole Kidman, Hugh Bonneville, Sally Hawkins, Jim Broadbent, Peter Capaldi and Julie Walters.

The man behind 'The Mighty Boosh', Paul King, will be directing the upcoming CGI/live-action flick.

Despite a major cast member being replaced, StudioCanal are still planning to open the movie in U.K. theatres on November 28th, and The Weinstein Company are still hoping for a Christmas Day release in the U.S. Whishaw will voice the beloved bear