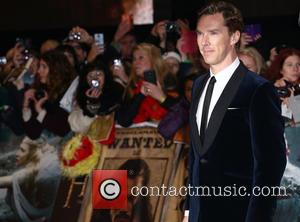 After weeks of speculation, the Sherlock star, who emerged as the favourite to play the Sorcerer Supreme, has been confirmed as the star of the new blockbuster.

Producer Kevin Feige announced the news in a statement which reads: "Stephen Strange's story requires an actor capable of great depth and sincerity. In 2016, Benedict will show audiences what makes Doctor Strange such a unique and compelling character."

The film - about a former neurosurgeon who discovers a hidden world of magic and alternate dimensions - will be directed by The Exorcism of Emily Rose filmmaker Scott Derrickson. It is slated for a November, 2016 release.