J.J. Abrams has confirmed 'Sherlock' actor Benedict Cumberbatch has been cast in 'Star Trek Into Darkness', a sequel to 2009 sci-fi movie 'Star Trek'. 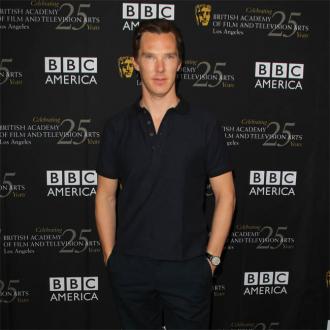 Benedict Cumberbatch is confirmed to appear in 'Star Trek Into Darkness'.

Following speculation the 'Sherlock' star will portray a supervillain in the forthcoming sci-fi movie - a sequel to 2009's 'Star Trek' - director J.J. Abrams has revealed the 36-year-old actor has been cast in the motion picture.

When asked whether Benedict will star in the production, he replied to Yahoo!: ''Uh huh.

''It is obvioiusly a little too early to be talking specifically about the movie, but we're editing the film now.

''It has been a blast working with the same cast, and some new amazing actors, including Benedict Cumberbatch, who is this British actor who is mind-blowingly great, and we are putting the movie together now.''

J.J. - who is well known for being secretive about the project - confirmed the film will be released ''next May'' and it is currently at the editing stage.

The director previously unveiled a clip of 'Star Trek Into the Darkness' lasting less than two seconds long, which appeared to show Spock - who will be portrayed for a second film running by Zachary Quinto - ''in a volcano, in a crazy suit''.

Noel Clarke recently admitted he is unsure whether he will star in the sequel because while he was cast in the sci-fi movie earlier this year, he wasn't given a character name.

Speaking earlier this month, the 'Doctor Who' actor said: ''As far as I'm aware I'm still in the movie.

''You go out there and do a big film, you don't know what they're gonna cut.''