Benedict Cumberbatch thinks it would be ''fun'' to play James Bond but doesn't think he would be cut out for the role. 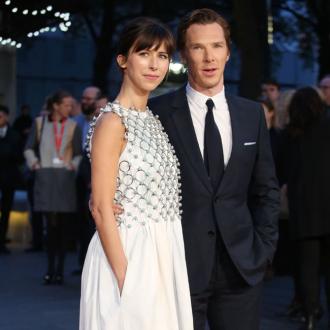 Benedict Cumberbatch thinks it would be ''fun'' to play James Bond.

The 'Imitation Game' actor wouldn't mind donning a suit to star as the fictional spy in the film series but admits he doesn't think he's cut out for the role.

Speaking at the London premiere of 'Black Mass', he said: ''I can wear a suit and I can fight. I can raise my eyebrow but that's not what it takes to play Bond.''

Meanwhile, the 39-year-old star - who has a son, Christopher, with his wife Sophie Hunter - recently insisted being labelled as a sex symbol was just another way of people showing ''appreciation'' for his work.

He said: ''I was never seen as sexy by anyone until 'Sherlock' came along and so I understand [being seen as a sex symbol] more as a reflection and appreciation of the work, rather than my own natural magnetism. I certainly remember when I was an adolescent and despairing why girls weren't interested in me.

''I've always maintained that Sherlock is sexy and people are merely projecting his cold, brilliant, charming, flawed self onto me. He's an extraordinary man whose appeal lies in being so very different and difficult and someone whom people find strikingly attractive and compelling. He's the ultimate outsider hero.''