Benedict Cumberbatch has signed on for Guillermo Del Toro's ghost story 'Crimson Peak,' though little is known of the movie's plot. 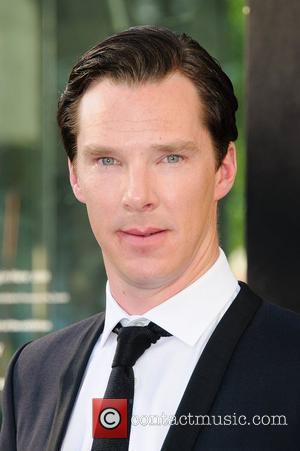 Benedict Cumberbatch's star continues to rise after landing a coveted role in Guillermo Del Toro's latest movie Crimson Peak. The British star, who will star in numerous high profile films this year, will appear alongside Emma Stone and Charlie Hunnam in the "modern take on a ghost story," according to the Hollywood Reporter. Cumberbatch has established himself as one of the most sought after actors in Hollywood and plays the villain in the forthcoming Star Trek movie Into Darkness as well as Julian Assange in the WikiLeaks movie The Fifth Estate.

It is currently unclear which character Cumberbatch will play in Crimson Peak and plot details remain scarce. What we do know is that del Toro and writer Lucinda Coxon are currently rewriting a script originally penned by the Pans Labrinyth writer and Matthew Robins. In an early interview about the film, del Toro said, "It's a very set-oriented, classical but at the same time modern take on the ghost story. It will allow me to play with the conventions of the genre I know and love, and at the same time subvert the old rules."

Cumberbatch - who has previously starred in War Horse and the excellent Sherlock Holmes television series - is certainly taking his acting career seriously. He recently revealed to having eaten 4,000 calories a day to bulk up for his role as agent John Harrison in Star Trek Into Darkness, due for release in May 2013. The movie is directed by JJ Abrams, who will also helm Disney's Star Wars Episode 7. Benedict Cumberbatch At The Broadcasting Press Guild Awards In London