The actor was criticised for launching into a foul mouthed rant against politicians after a performance of ‘Hamlet’ last month.

Benedict Cumberbatch has picked a CBE from the Queen at Buckingham Palace for his services to the performing arts and charity. The actor was accompanied by wife Sophie Hunter when he collected the award and used the opportunity to defend his decision to attack politicians over the refugee crisis, after a performance of Hamlet last month. 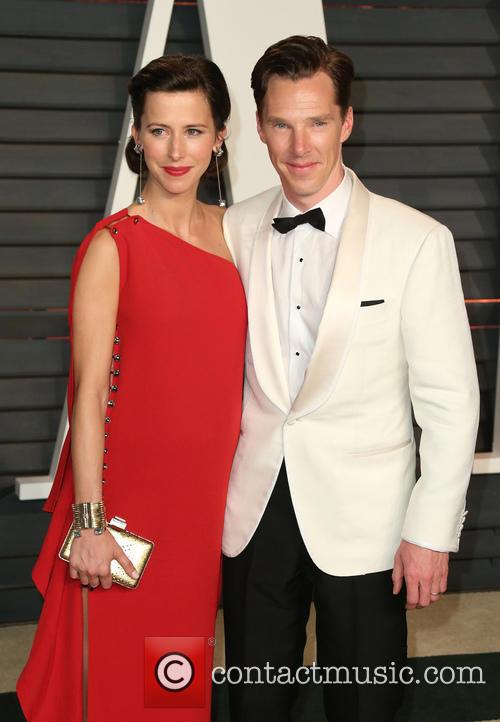 Benedict Cumberbatch has been awarded a CBE by the Queen.

Cumberbatch decided to speak about the refugee crisis after he asked audience members to donate to charity Save the Children. So far over £150,000 has been raised thanks to the actor. "It has been a fantastic response from the public who came to that theatre who raised a hell of a lot of money and awareness,” Cumberbatch said, outside Buckingham Palace.

"We all felt just powerless and, as a new father, to see the footage and the photos that came to us in the summer, I think every single one of us with a heart realised this wasn't someone's else's problem somewhere else - this was all our problem, a humanitarian problem.”

"So I was very happy to step up to the plate and ask a very receptive and very generous audience at the Barbican to help out,” the actor added. On stage Cumberbatch was reported to have said ‘F*** the politicians’, before apologising for his language.

When asked if he had been bothered by the criticism he had received over his outburst, Cumberbatch said, "I don't think I have. If I have that's news to me and that is not the news I'm interested in. I'm interested in the numbers of people who are drowning of the coast of the island of Lesbos.”

"If, because I am in the public eye because of my work, I get scrutinised - my private life - because of that I can damn well make sure I use that potency to do good for other people.”

"It is not an abnormal activity for someone to appeal at the end of a night's performance for something that is affecting our world ... I will take whatever criticism people will throw at me but they should just look back to the last person that also asked some someone to dig into their pockets and put some folded-up change into a bucket to raise money for a good cause,” the actor added.

Speaking about his experience meeting the Queen, Cumberbatch said it had been "fantastic" and “nerve-wracking”. As to whether or not the monarch had said she was a 'Sherlock' fan, the actor added: "She didn't let on if she was or not. I know a lot of the household is - I've been assured they have watched a few episodes."