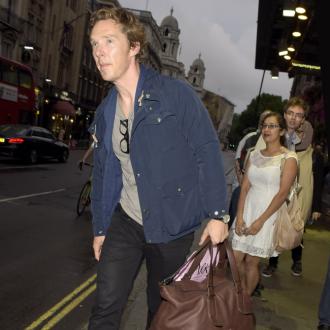 Benedict Cumberbatch has urged fans not to film him on stage after becoming distracted during his performance in 'Hamlet' last night (08.08.15).

The 'Sherlock' actor is currently starring in a production of the Shakespeare classic in London's West End but had to stop midway through the famous ''To be or not to be...'' scene due to flashing lights in the audience.

He said: ''I can see cameras, I can see red lights in the auditorium ... we started again tonight. I can see a red light in the third row on the right, it's mortifying.

''There's nothing less supportive for me to be on stage experiencing that, and I can't give you what I want to give you, which is a live performance you will remember.''

The actor warned that producers are planning to crack down on devices being used during the performance from next week.

He urged the fans that had converged to meet him to spread the word via social media.

Benedict added: ''This isn't me blaming you, this is me asking you to ripple it out there.''