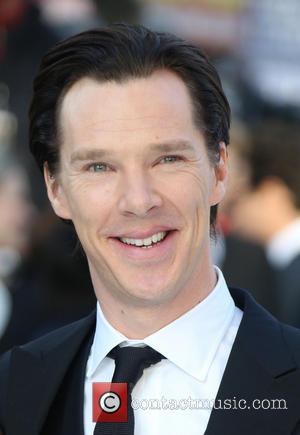 Cumberbatch managed to beat last year's sexiest man alive, Ryan Gosling, who only came in at number 4, as well as overcoming Jude Law (No. 41), fellow Brit Henry Cavill (No.3) and James Bond himself as Daniel Craig finished No.24.

Watson also beat an impressive list of Hollywood bombshell's which included Mila Kunis (No.7), Cameron Diaz (No.40), Emma Stone (No.6), Olivia Wilde (No.17) and star of upcoming comedy 'Don Jon' Scarlet Johansson, who came in at No.2.

James Dyer who is the digital editor of Empire magazine said "It's a great result for British stars, but what's clear is that it's less important to have lots of casual fans and better to have a dedicated hard-core,"

He added, "The Cumberbabes, Hiddlestoners, Twi-hards and Cavilliers all made their opinions heard! This list also reflects the continuing popularity of superhero movies: six of the top ten men have played superheroes and five of the top ten women have appeared in comic-book movies."

Cumberbatch was highly amused by the poll's outcome and according to The Independent he said "It puts a bit of a spring in your step," he said. "It's nice, you swagger a little bit, it's enjoyable. I've punched well above my weight this year... I find it hysterically funny... It's a giggle. I wield it with a massive smile."

Emma and Benedict have had busy and successful year in 2013 and hopefully this has topped it off for them.

Watson starred in the summer hit 'The Bling Ring' that was released back on June 14th 2013 and Cumberbatch has starred in upcoming films such as '12 Years A Slave' (Oct 18th) 'August: Osange County' (Dec 25th)and 'The Fifth State' (Oct 18th) which have all been doing the film festival circuit to generally positive reviews.