Benedict Cumberbatch Falsely Linked To His Own Niece 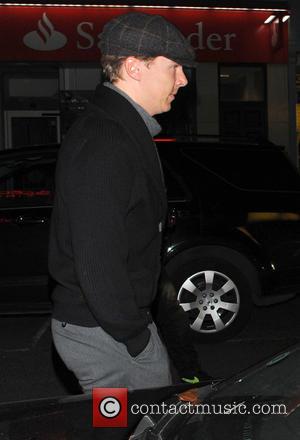 British actor Benedict Cumberbatch was left stunned after an overeager group of paparazzi mistook his young niece for his new girlfriend. The Sherlock star was snapped celebrating his Golden Globes nod on Thursday evening (December 13, 2012), though photographers presumed he was romancing his niece Emily!

Cumberbatch told the Associated Press, "I went out with my niece, who is my PA Emily, and we got papped to the point that I couldn't actually see and I had to put my head down and just blink a couple of times. I was trying to get in the car with her and so immediately they presume, 'Ah, beautiful blonde...'" Cumberbatch has risen to become one of the Hollywood's most recognisable stars, though his real concern was for his young niece. "Poor girl, she's never experienced that before. I've never experienced that. (There was) like 15 of them hanging off the bonnet of the car." The Daily Mail ran the story with the headline, "Benedict Cumberbatch celebrates his Golden Globe nomination with a date night at the cinema," writing, "Benedict, 36, was spotted leaving the Electric cinema in Notting Hill with a blonde female companion."