Benedict Cumberbatch has been cast as Guy Pearce's replacement in the upcoming Whitey Bulger biopic, rumoured to be titled 'Black Mass'. 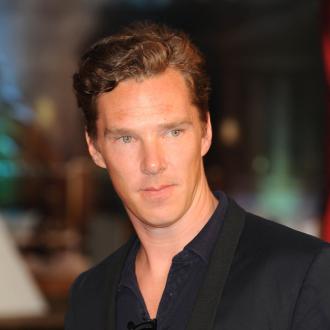 The 'Star Trek Into Darkness' actor has been signed up to replace the 'Prometheus' star in the untitled project starring Johnny Depp as convicted murderer and organised crime figure Bulger, who is currently serving two life sentences in an Arizona prison.

Cross Creek Pictures president Brian Oliver told Variety that Pearce had to drop out of the biopic, which had been titled 'Black Mass' and began shooting in Boston yesterday (21.05.14), because of scheduling issues, saying: ''We were not able to make it work with Guy.''

Jesse Plemons, known for playing Todd in 'Breaking Bad', will take on the role of Bulger's long-time partner in crime Kevin Weeks, while Sienna Miller will play his lover Catherine Greig.

Dakota Johnson has been cast as Bulger's ex-girlfriend and the mother of his only child.

The film's script, penned by Mark Mallouk, is based on the book 'Black Mass: The True Story of an Unholy Alliance Between the FBI and the Irish Mob', which was written by the Boston Globe newspaper reporters Dick Lehr and Gerard O'Neill.