Benedict Cumberbatch has admitted he hates selfies and would rather just ''enjoy the moment''. 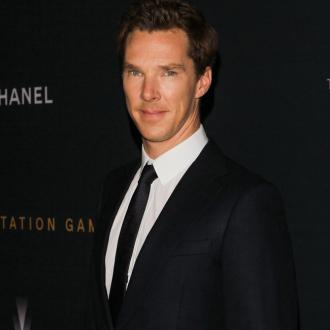 The 'Imitation Game' actor - who recently announced his engagement to Sophie Hunter - won't be personally taking any photos of him and his bride on their wedding day and instead would rather just ''enjoy the moment''.

He explained: ''What a tragic waste of engagement. Enjoy the moment.

''Do something more worthwhile with your time, anything. Stare out the window and think about life.''

Meanwhile, the 38-year-old actor also revealed that he hates having his every move scrutinised and has banned social media for that reason.

He told USA TODAY: ''I find it hard enough in my day-to-day life to give myself a context that's private or removed from constant observation.

''I want to keep a diary so my grandkids can have it, but I have no interest in publishing it. We're all paparazzi now. I have no appetite for it. I can't relate to the need to expose people. Now, it's so easy.''

Meanwhile, Benedict recently revealed that despite his international fame, he prefers the simpler things in life.

He said: ''I'm a homebody. I love to stay in at night, light a fire, have a whiskey and watch a movie or read a good book.

''People forget about books. They're always just turning on the television, but reading a good book is the most nourishing thing you can do.''