'Sherlock' star Benedict Cumberbatch says he is not a sex symbol but his character is. 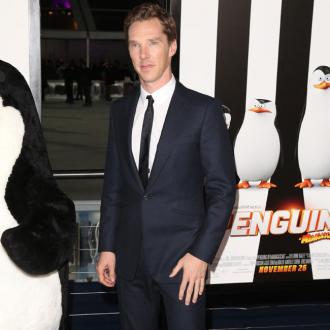 Benedict Cumberbatch thinks his sex symbol status is a ''reflection and appreciation'' of his work.

The 39-year-old actor insists no one ever found him attractive until he starred as the titular detective in 'Sherlock' and so believes people only think he is sexy because they are drawn to the character.

He said: ''I was never seen as sexy by anyone until 'Sherlock' came along and so I understand [being seen as a sex symbol] more as a reflection and appreciation of the work, rather than my own natural magnetism.

''I certainly remember when I was an adolescent and despairing why girls weren't interested in me.

''I've always maintained that Sherlock is sexy and people are merely projecting his cold, brilliant, charming, flawed self onto me.

''He's an extraordinary man whose appeal lies in being so very different and difficult and someone whom people find strikingly attractive and compelling. He's the ultimate outsider hero.''

Benedict - who has a three-month-old son, Christopher, with wife Sophie Hunter - is always delighted when fans stop him in the street to praise his work.

He told Britain's OK! magazine ''I'm very happy that audiences have responded so enthusiastically to the character.

''When people stop you in the street and want to congratulate you on your work and express their joy at having seen you in the role, it's such an affirmation of that. You feel great.''