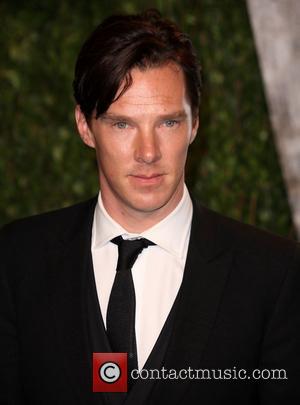 Benedict Cumberbatch, the British actor whose stock has risen considerably since appearing in the likes of Sherlock, War Horse and Tinker, Tailor, Soldier, Spy, is set to take on the role of The Master as part of the 50th anniversary of Doctor Who, according to the UK's Daily Express.
The 35-year-old will reportedly assume the role of the Doctor's arch-nemesis as the much-loved Bbc sci-fi drama prepares to celebrate half a century on the screen. Though 'The Master' has appeared in various guises since 1971, it will be the first time Matt Smith's incarnation of the Time Lord would come face-to-face with his most formidable enemy. An insider explained, "It's fitting that the Doctor comes face to face with his ultimate enemy, The Master, for the 50th anniversary and it's felt Benedict is the perfect choice if schedules can work.Fans will love the idea of the man who plays Sherlock Holmes taking on the Doctor". Benedict himself has been linked to the role of the Doctor on several previous occasions, though has also played down the speculation. His role as Sherlock Holmes in the Bbc series was considered one of the standout performances in 2011, and he and Martin Freeman return for a third series later this year. The source added, "Benedict has often been asked about whether he would like to play the Doctor so it will be ironic if he now ends up being The Master instead".
Cumberbatch is currently filming Peter Jackson's forthcoming Lord of the Rings movie 'The Hobbit: There and Back Again' as well as J.J Abrams currently untitled Star Trek sequel.