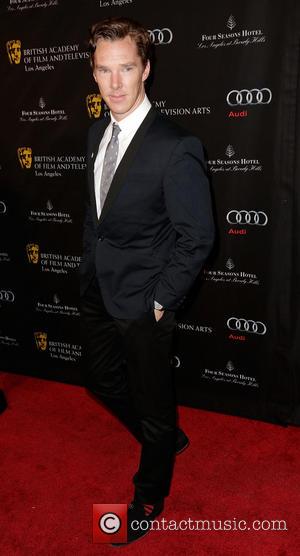 Despite having an aesthetic as distinctive as his name, Benedict Cumberbatch is a chameleon on screen as his appearance in Sherlock, as Sherlock Holmes, is profoundly different from his role as Julian Assange in the upcoming wikileaks movie The Fifth Element. Now, as Deadline report, he might be playing another entirely different character from an entirely different century: Alan Turing, in an adapted screenplay called The Imitation Game.

Cumberbatch hasn't actually signed a deal yet, but the Norwegian director on board for it, Morten Tyldun, is probably keen to get him on board. Alan Turing was one of the mathematicians behind cracking the "Enigma Code" that the Germans used during WWII. Solving the code ultimately helped win the war, by aiding allies rebuff potential defeat.

His story later in life continued to be worthy of note as the country he worked tirelessly for prosecuted him for being a homosexual during the '50s. Tragically,  "In what seems shocking today, [Turing] was forced to make a radical choice, and he chose chemical castration over prison. He was so demoralized that he eventually committed suicide by eating a cyanide-laced apple."

There has already been plenty of buzz around the potential movie when its script was reportedly bought for seven figures by WarnerBros and even had Leonardo DiCaprio rumoured to be involved. Black Bear production have bought the rights now and undoubtedly it wont be long before a distributor snaps it up. It may not even have a leading man yet, but its premise and its buzz has great potential and definitely something to look forward to.