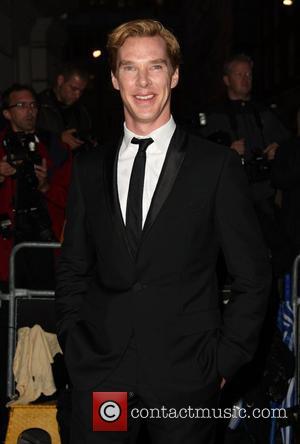 British actor Benedict Cumberbatch has moved on after splitting from his lover of 10 years - he's gone public with his new girlfriend.
The Sherlock star broke up with his longtime partner, actress Olivia Poulet, earlier this year (11), and now he has found love again with designer Anna Jones.
The pair debuted its romance by posing on the red carpet at a Vanity Fair party during the 68th Venice Film Festival, where the actor was promoting his new film Tinker Tailor Soldier Spy.
A source tells Britain's Daily Mail, "It's a very new relationship but it seems to be serious. Anna really enjoys Benedict's company and they had a lovely time in Venice. Benedict has invited her to the London premiere of his new film.
"While he's quite private about his relationships, he is very happy with Anna. They are looking forward to spending more time together."