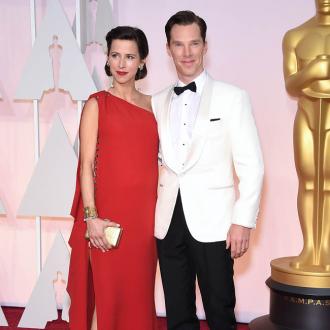 The 'Sherlock' star and wife Sophie Hunter, who welcomed their first child in June, have settled on the name, according to the Mail on Sunday newspaper.

The tot's middle name, Carlton, appears to have been passed down through the family -- as Benedict and his father both share the same middle name.

The couple, who announced the pregnancy in January, welcomed little Christopher in June.

A spokesperson for the actor said at the time: ''Benedict Cumberbatch and Sophie Hunter are delighted to announce the arrival of their beautiful son.

''We would kindly ask everyone to respect the family's privacy during these next few precious weeks.''

Benedict, 39, and Sophie wed in a ceremony on the Isle of Wight on Valentine's Day.

Earlier this year, the couple bought a new £2.7 million home in London to bring up their son.

A source said: ''Sophie wanted a break from the past and a fresh start with their new arrival which meant a new home.

''They're planning to modernise the house throughout but it has great space and potential in which to bring up a family.''

The house - which is currently being renovated - is light and airy with big rooms and it has a 70ft garden, perfect for their son or daughter to play in as they grow up.

Sophie, 37, is believed to have suggested the move away from the actor's bachelor pad because he previously lived there with his ex-girlfriend Olivia Poulet.