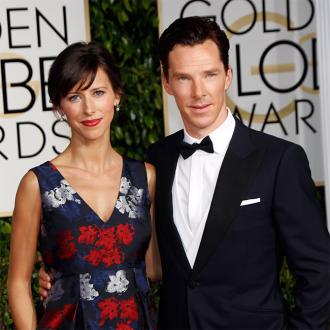 The 38-year-old actor has already emailed invitations instead of sending them by post, informing family and friends the couple will tie the knot before theatre director Sophie, 36, gives birth early in the summer.

A source revealed: ''The invitations have gone out already, which is very quick.

''It's shocked a few people but they want their special day to happen before they have the baby.

''The details have been sent out in an email rather than a paper invitation as time is of the essence.''

The invitations have been limited to family and close friends, all of whom have been sworn to secrecy about the location of the ceremony.

The source told the Sunday Mirror newspaper: ''They're planning the perfect day. Life couldn't be much better for them at the moment.''

Meanwhile, the 'Imitation Game' star revealed recently that his parents, Wanda Ventham and Timothy Carlton, were keen to see him become a barrister instead of an actor.

He shared: ''For a while, I wanted to be a barrister because there's definitely a crossover with criminal law - with trying to persuade an audience and a jury and a judge of the case and your client's story so I did go down that root for a little bit. I think they would have been very happy if I ended up there.''