British Actor Benedict Cumberbatch Is Plotting A Guest Appearance In A U.k. Soap Opera As A Favour For A School Friend. 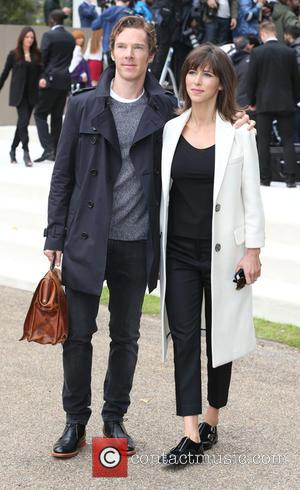 The Imitation Game star has known Dominic Treadwell Collins, the executive producer of popular TV show EastEnders, since they were kids.

Dominic has now revealed he has asked his old pal to make a cameo in the soap, and Benedict is trying to find time in his busy schedule.

"I really want Benedict Cumberbatch to come and do a turn," Dominic tells Britain's Radio Times magazine. "And he says he'll come and do it but he is slightly busy."

Dominic adds of his school chum, "He was the year above me at school and I remember doing the Shakespeare play As You Like It. He was Rosalind, I was Audrey the Country Wench. I remember afterwards running up to my mum to see if I was any good and she said, 'Yeah, you were fine but that Benedict is an actor'. He's going to be the next (Laurence) Olivier."

British actor Danny Dyer, who plays a pub landlord in EastEnders, has previously mulled over a guest appearance by Benedict in the show.

"In this country, he has got utmost respect, but if he walked into a pub he'd get annihilated by geezers (men), he'd be bullied," declares Danny. "He couldn't play a kid from a working-class estate, but I couldn't do what he does either.

"I think that I could play Sherlock, though, if I did it my way. Benedict's brilliant and the lines roll off his tongue, but that role is about being highly intelligent rather than posh."