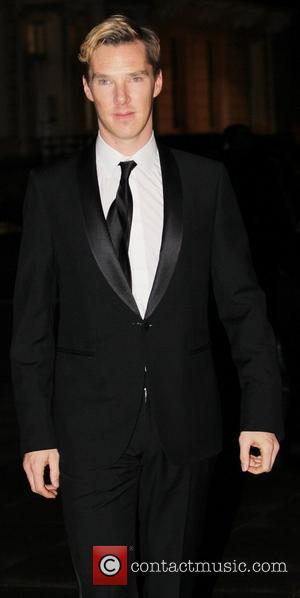 British actor Benedict Cumberbatch broke a self-imposed vow to take a career break when Steven Spielberg approached him to appear in War Horse.
The Sherlock star was considering a hiatus from acting, telling pals that only a Spielberg job offer could tempt him away from his plans, and just days later, and he received a message about tackling the role of Major Jamie Stewart in the legendary director's new war drama.
He tells the Belfast Telegraph, "It sounds like a cliche, saying 'I'll do that (take a break) unless Spielberg calls'.
"And I had literally said that about taking a break and a week later, I had to eat my words. Nobody will believe me, but there we are."
Cumberbatch also reveals he risked the wrath of Spielberg by showing up late to their first meeting about the movie.
He adds, "I couldn't find a parking space and I couldn't put my motorbike in a parking bay around the corner. I thought I'd have to just walk in or I would be very late.
"But when I did, I was told the meeting was earlier, so I went in there going, 'Gosh, the first time I am meeting Spielberg and I'm apologising for being late!' When I explained myself to him, he was fine with it. He was lovely, just lovely."