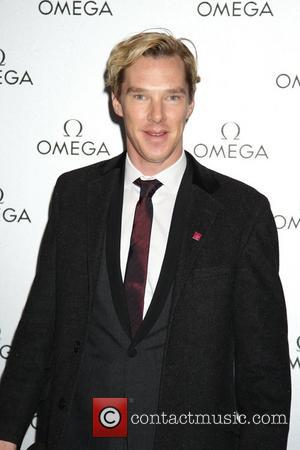 The actor Benedict Cumberbatch has spoken out in defence of the racy scenes in the latest season of the Bbc series Sherlock that have caused criticism amongst some viewers. The episode, entitled 'A Scandal in Belgravia' features scenes in which a dominatrix - played by the actress Lara Pulver - "gets under his skin by flashing much of hers," according to CBS News. Many of the complaints came when the repeat of the episode in question was aired at 7pm, as opposed to the original later showing.
In defence of the steamy scenes, Cumberbatch said "It's not supposed to be a source of stimulation for the audience. It's supposed to throw his (Holmes') radar off, which is exactly what it does." The British actor went on to say that the controversy surrounding the episode all acts as great publicity for the series. He remained tight-lipped, however, about whether or not the popular show - which features Martin Freeman as Sherlock Holmes' sidekick Watson - would be returning for a third series.
The actor's career is going from strength to strength. As well as his acclaimed performances in Sherlock, he is also appearing in Steven Spielberg's War Horse. His performance in 2011's Tinker, Tailor, Soldier Spy, alongside Colin Firth and Tom Hardy also earned him a Best Supporting Actor award at the British Independent Film Awards. Cumberbatch is currently filming for Peter Jackson's two-part film of The Hobbit.