Benedict Cumberbatch is set be a new James Bond villain and is expected to sign up for the next instalment of the 007 franchise, which is due for release in 2014. 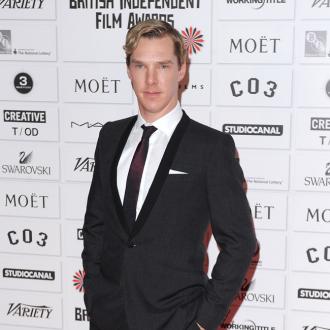 Benedict Cumberbatch is set to be a new James Bond villain.

The 'Sherlock' actor is expected to be signed up for the next instalment of the 007 franchise, which will see him star alongside current Bond, Daniel Craig.

A source told the Daily Express newspaper: ''Benedict is considered perfect Bond villain material. Work on the next film will begin next year and the plan is for Benedict to be on board. He grew up watching Bond, so it would be a childhood ambition fulfilled. Playing a Bond villain is one of the plum roles in film history and he'd jump at the chance.''

The 23rd Bond movie, 'Skyfall', is released next month while the next film - the one that will star Benedict - is due out in 2014.

While Daniel is the only star confirmed for the 24th movie, it emerged last week that Ralph Fiennes,

There is also plans for another Bond film in 2016.

Benedict was recently cast as a baddie in the next 'Star Trek' film and as the dragon Smaug in the forthcoming trilogy of 'Hobbit' films, which also sees his 'Sherlock' co-star Martin Freeman in the lead role of Bilbo Baggins.