Benedict Cumberbatch Is To Read A Poem Written By A Somali Refugee During The Interval Of His Hamlet Production To Highlight The Escalating Humanitarian Crisis In Europe. 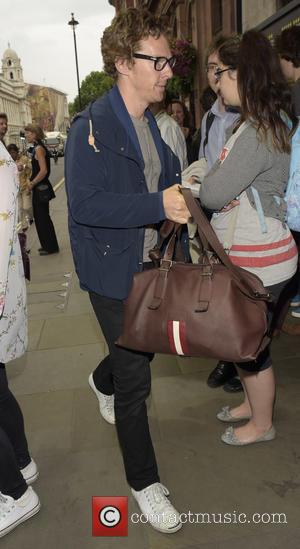 Rockers Crowded House have reissued their 1999 song Help is Coming as a charity single to raise money to help Save the Children's work with refugees, who have fled Syria, Iraq and Afghanistan to escape violence and are trying to enter Europe for a better life.

Cumberbatch has loaned his support to the song by recording a video introduction from his dressing room at London's Barbican venue, where he is performing in William Shakespeare's Hamlet.

In the video, he recites three lines from the poem Home by Warsan Shire, saying, "No one leaves home unless home is the mouth of a shark. You only run for the border when you see your whole city running as well. You have to understand that no one puts children in a boat unless the water is safer than the land."

Cumberbatch adds, "As people watching this tragedy unfold from the safety of our homes, with our safe children, we want to say that we see you, we hear you, and help is coming."

The actor will reportedly recite a longer version of the poem during the interval of Hamlet every night until the end of its run on 31 October (15).