Benedict Cumberbatch Lord Of The Rings

Benedict Cumberbatch visited London Zoo to prepare for his role as Smaug the dragon in 'The Hobbit'. 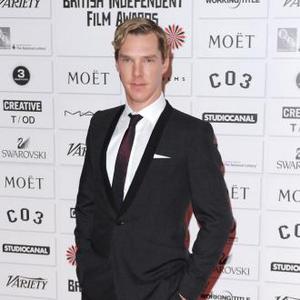 Benedict Cumberbatch visited London Zoo to prepare for his role in 'The Hobbit'.

The British actor portrays Smaug the dragon in the forthcoming 'Lord Of The Rings' prequel and found it helpful to study reptiles at the famous animal attraction.

He explained to the British edition of InStyle magazine: ''It's an extrapolation of a performance into something other than an actor. But essentially, you're still doing a scene.''

The 'Sherlock' star - whose parents are actors Timothy Carlton and Wanda Ventham - believes his professionalism is helpful in his career as it makes people want to work with him again.

He explained: ''I grew up surrounded by professional actors so it stood me in good stead. I know what a sin it is to be late, I'm really hot on those sorts of things.

''It's very easy to burn bridges and many actors don't think it matters, but it does because people end up saying, 'Yeah but you don't want to work with him because he's a pain in the ass.'''